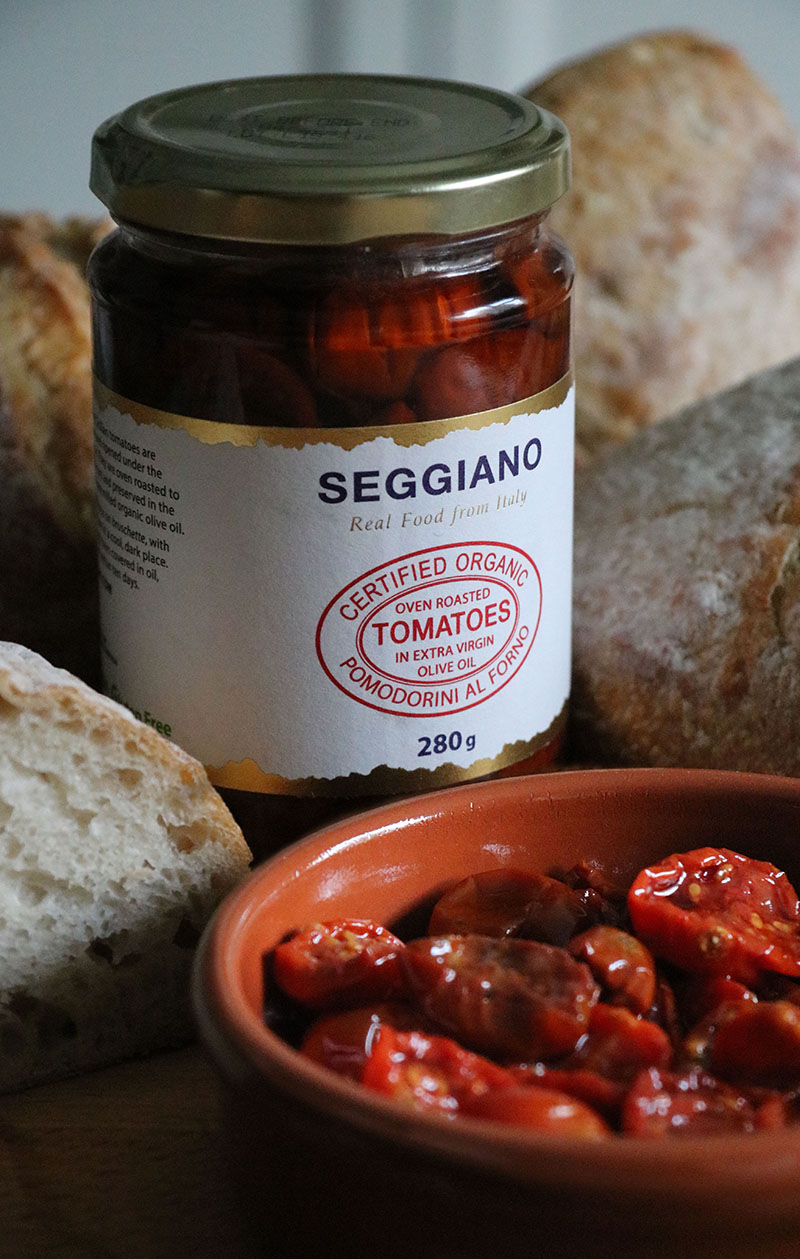 Wonderfully sweet and fruity, Seggiano Organic Oven Roasted Tomatoes are quite different from the usual sun-dried tomatoes which have a tendency to be on the salty side. Seggiano’s are certainly more full of flavour too with a nice soft texture. Sometimes the sun-dried variety can be a little leathery so these oven roasted tomatoes are more preferable.

Each jar is packed with Mediterranean Sicilian sunshine. The cherry tomatoes are organically grown and fully ripened before being lightly roasted and bathed in the producer’s own stone milled extra virgin olive oil. Some salt, garlic and oregano is added for subtle flavour to complement the richness.

The tomatoes do carry what seems to be quite a high price tag compared to what can be found in most supermarkets but there is a big difference in quality and flavour as pure extra virgin olive oil is used as opposed to sunflower oil.

We really like that fact because whatever oil is left in the jar, after the tomatoes have been eaten, will be used to dress salads, meats and fish and even a hunk of bread would be good dipped in.

In addition to using Seggiano Organic Oven Roasted Tomatoes in antipasto they can be added to all sorts recipes for flavoursome meals:

Seggiano sell direct from their website and their products are also available to buy from many good delicatessens and farm shops.